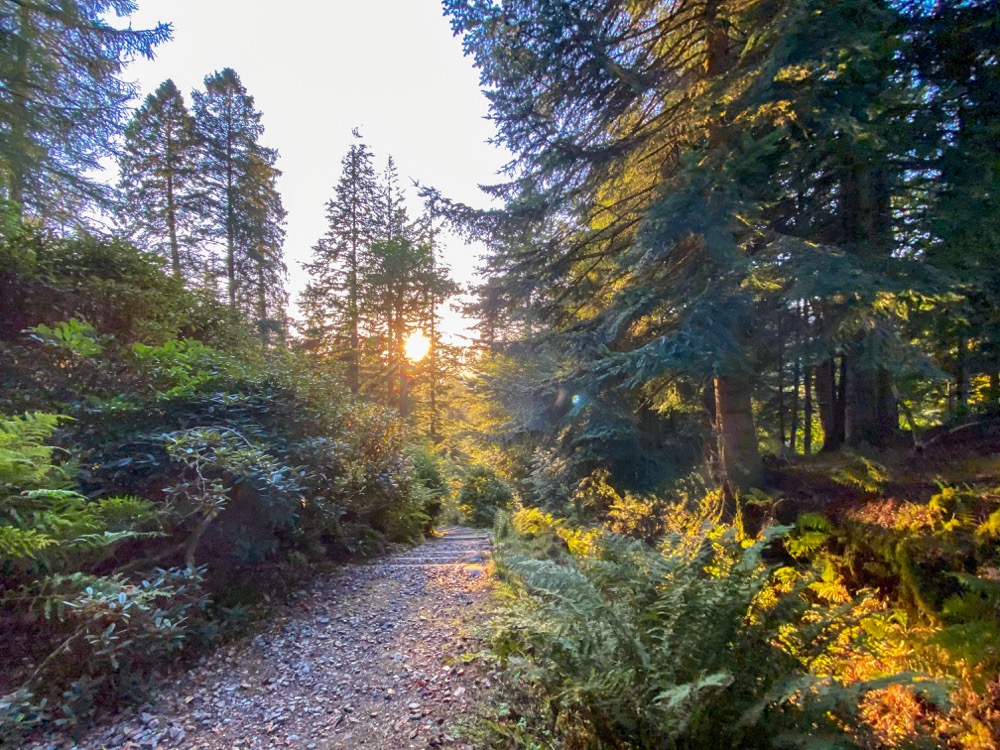 Hidden away in the forest between the shores of Loch Fyne and the mountains beyond is the beautiful Ardkinglas Estate and Woodland Gardens. As you drive into Ardkinglas through the big black gates with loch right beside you, you realise you’re heading somewhere a little bit magical.

If there isn’t anyone at the car park to collect payment, head up to the pay box where you can pop your money in or scan to qr code to pay by paypal. Then collect a map before you head in.

The Trails and Walks

There are quite a few different walks you can take within Ardkinglas Woodland Gardens. Downhill there is a lovely little fairy village with a wishing seat and some magical little fairy houses. Along the path towards The Gruffalo trail are some little wooden bridges which may or may not have a troll living under them.

The Gruffalo trail itself is a lovely trail with excerpts from the book in story form on your way round. There is a log pile house for the snake and an underground den where the fox lives to spot as you head round the trail.

The kids loved peering into these trying to find their inhabitants. And there is a metal Gruffalo sculpture to find at the end. The trail itself isn’t long but little kids will love wandering round, listening to the story excerpts and exploring as they go.

There are more walks up the hill through the woodlands. If you head across the bridge to the old mill there is a little rocky river bank that’s great for playing. We spent a while here building rock men and skimming stones and clambering across the river. There is also a really pretty little lily pad covered loch in the midst of the forest.

Down at the bottom of the hill, almost on the banks of the loch, Ardkinglas has some of the most spectacular trees I’ve seen in Scotland. A Grand Fir is located here which was for a long while the tallest tree in the UK & Ireland.

It regained the title in 2010 when it was climbed and measured at over 64 metres, but it lost the title again shortly after. It is also home to a spectacular Silver Fir; The Mightiest Conifer in Europe, which made my 6 ft 6 husband look like a tiny ant.

We arrived quite late in the day at Ardkinglas and we probably spent about 2 and a half hours here wandering and playing and having snack breaks. If your kids are slightly older you could probably get around the trails in an hour or so, but with a picnic and making time to explore it would be easy to spend a few hours here.

Admission costs £5 per adult, £2 per child, children 3 and under are free. Family admission rates also available.

Ardkinglas Estate is a hidden gem on the paths of Loch Fyne. Families will love exploring the woodland, finding fairy houses, following the map to find the Gruffalo at the end of the trail and playing down by the river. It is well worth a visit just to see those spectacular trees!